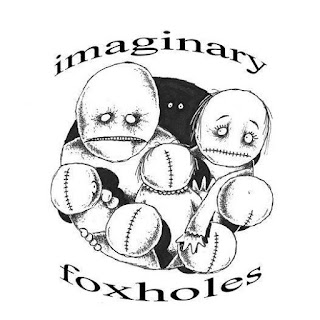 Most of the work I’ve read from John Dorsey focuses on characters he’s run across in his lifetime, and Imaginary Foxholes is no different, a short (just six) string of poems about a young man named Rodney, whose life is riddled with abusive fathers, trailer park vistas, heartbreak, and big dreams. With such a small sample size, the strengths and weaknesses of poems stand out a bit more than they would in a full collection, but for me the collection peaks in the middle with “after Rodney dropped out,” where we find our narrator sitting with Rodney in the trailer park at night—wife gone, job as a mechanic soaking oil and grime into his bones every day, a baseball game on the radio, and lamentations of home being a man’s “castle or his cage,” and I think it is the most visible, accessible moment in the book. We’ve all been there, sitting on a stoop at night looking up into the sky with so many of the good things in life out of reach, aptly suggested by the fact that Rodney’s radio can only reach half the AM stations in town and all they’re listening to is a minor league game, not even the majors.

The other strong point in the collection was the final poem, where Rodney has purchased a car, one we soon learn doesn’t have a motor, but Rodney is no less enthused as he beats his chest and dreams of the day he can escape a fate we know he won’t. It’s sad and hopeful in the same moment, and ultimately tragic. Rodney’s upbringing and wherewithal is his worst enemy, and we know he’ll toil and let the car rot, as his life rots. 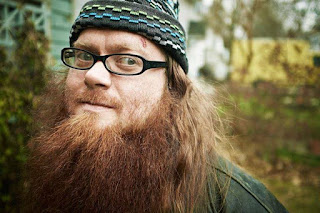 The tragic, wistful outlook of the poems coincides with the striking artwork of Janne Karlsson, a Swedish artist whose doll-like figures traverse a gloomy landscape of personal demons and physical scars, with each sad-eyed character stitched up, somber, or even mutilated, hinting at the symbolic struggled in each poem. The art and the words and the finely sewn packaging from Rusty Truck Press give this very short collection the feel of a collector’s item more than a chapbook, but it’s a handsome little volume offering a quick glimpse into a world perhaps too tragic to remain in for long anyway. Of course John has written much longer collections, so if you haven’t read him yet, you may wish to begin with something that covers more ground, offers more variety, and then pick this one up along the way to round out the experience of this adept teller of broken tales.

Posted by Hobo Camp Review at 9:25 AM