An Interview with Julia Beach 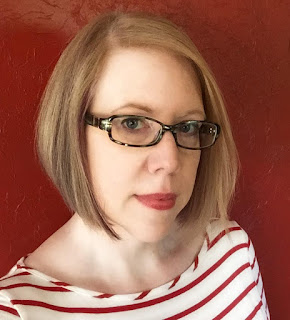 HCR: Julia, thank you for making time for this interview! You already know this, but I’m a huge fan of your poetry. Your relationship with imagery is unlike any writer I can recall; the way it pairs so well with what appears to be a southern eye for wonder is incredibly inviting. It’s as if your writing breathes—if that makes sense? It breathes and offers the reader to sit a spell. It reminds me of the storytelling I grew up with. Is that something you aim for, or is it just the natural storyteller in you?

Julia: I can’t imagine growing up in Appalachia and NOT being influenced by narrative and landscape. I blame the mountain ballads for that, but also love them for that. You can’t grow up listening to them and not gain an appreciation for storytelling, music, shadow, and tone – especially tone.

Storytelling is a strange beast and I think the way a person approaches it can be related directly to landscape. East Tennessee is a meandering landscape filled with meandering language. I’m probably influenced by that in ways I don’t yet understand. I’m attracted to non-linear thought and I like poems that feel like a labyrinth.  The way a poem twists and turns, goes back and changes pitch, sort of like a mountain road with hairpin turns and changes in elevation. You have to pay attention and go slow. Lots of room to make little nests, you know?

2. There are writers who can sit down for an allotted time and let loose with words; some of us have to be distracted by an idea that begs to be understood before attempting to write. Where on the spectrum are you? What gets you to the page?

I know and admire poets who can (and do) write the way a clock tells time, but I’m definitely not that kind of writer. I tend to be a binge writer. It’s usually an image that leads me to a line that leads me to the page, some small thing that becomes an obsession over time. One line at a time, one line break at a time. Ideas are too big and, oddly enough, too small for poems. I’m not sure I’m a good caretaker of ideas, but I know how to apply pressure to a line and where to break it; that’s where I find the good stuff.

In Madness, Rack, and Honey, Mary Ruefle says “it is not what a poem says with its mouth, it’s what a poem does with its eyes.” I apply that literally. I’m not really trying to say anything, I’m trying to look at something and I want it to be a quiet for a moment, so I guess that’s what gets me to the page: an effort to get something to hush. To stop the sound of it and watch how it moves. I’m a visitor in my poems, not a god.

3. Tell us about Heirloom Evolution! The online shop offers stunning clocks and the most gorgeous pens imaginable. All items are beautifully crafted and made from responsibly sourced wood. Let us know more about this, yeah?

Special K, my husband and woodworking partner, and I are both Libras and love to make pretty things, but it’s not enough to just make it pretty. It also has to be interesting and it has to be infused with something special. One of the reasons we gravitate toward wood is because it’s already lived a life and has its own history. It rejects the idea of perfection. If you’ve ever tried to make wood behave, you know what I mean. It will do 95% of what you want it to do, but it has this specific and beautiful resistance about it. As a material, you have to trust it to know what’s best. If you fight it, you’ll lose. It’s a lot like a poem in that way.

We want our footprint to be light. These aren’t objects we’re going to keep; they’re going to be in someone else’s physical and emotional real estate, so what we want them to have is a kind of essence of goodness, I suppose. We alter the material to bring out its magic, not cover it up. Recycled wood, found wood, swamp sticks, and stuff we find along trails that’s the really fun stuff to work with. We also source from local vendors and other independent artists. It’s more personal than production.

4. The pens are my favorite. They’re all uniquely designed and appear to possess or at least suggest a certain type of personality. I know you give them all names, so tell us how the naming happens! Oh, and I can’t let you go without asking: what got you into making these gorgeous pens. There’s a story, isn’t there?

I’ve never met a poet who didn’t naturally start naming things. The first pen I informally named was “Dove.” Something about that pen suggested the feminine. She’s not exactly delicate, but she’s graceful and I just got this overwhelming sense of warmth from her when I held her. You know how you drive by an abandoned house and you just KNOW it’s haunted? The pens are the same way. Sometimes you just KNOW that wood has a spirit inside of it. Other times the pens are open, they haven’t yet been filled or taken on a life of their own yet.

There’s also inspiration from people whose work I admire. I’m working on a series of pens based on women who performed in the circus during the 20th century. It’s easy (because it’s true) to look at that environment and see sadness, bigotry, phobia, and abuse in many of the performer’s lives, but each of those women brought something special into the world and THAT should be recognized in some small way. “Daisy Earles” is the first pen in that series. She projected such beauty and vulnerability on the screen. I can’t quite put my finger on it, but something about her is endlessly compelling.

5. I’m stealing my last question from James, who always asks this in HCR interviews: You’re on the road with three other artists, of any era and medium, of any level of fame, success, or anonymity. Who do you choose to travel with, and why?

In Homage to Frank O’Hara a friend of his describes O’Hara as the consummate host, someone who would invite you to his home or to a party and introduce you to everyone. He wouldn’t allow a guest to get their own drink: he would do that for them. Not only was he a brilliant poet and art critic, but he just projected a genuine fondness for people. For all of his brilliance and wit, I can’t shake the impression that was also an incredibly gentle and curious soul. I can’t imagine being lonely, or allowed to be lonely, in his presence.

James Baldwin. What can I say about James Baldwin that hasn’t been said? If you have someone in your life, for however long they stay, who tells the absolute truth it’s such a blessing and a rare gift. I can’t imagine a better travel companion.

And who would I want with me while I experienced the road with O’Hara and Baldwin? That’s easy. It would have to be poet Erica Bernheim. She checks all the boxes. She’s brilliant, kind, funny, and curious. Sure, she’s an exceptionally talented poet with vast knowledge on a range of subjects, but she’s also an engaged thinker who gives people a lot of room in the conversation. It’s her level of engagement with the people around her that makes me think she’d be a great addition to this merry band of hobos.

I just hope they’d let ME tag along with THEM.

Posted by Hobo Camp Review at 9:28 AM