The HCR Interview with Rachel Nix 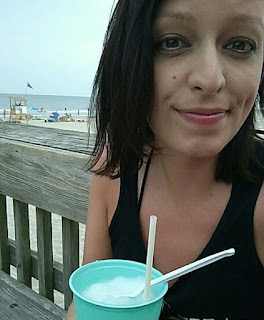 When Rachel Nix submitted her poems a few weeks back, I enjoyed her work enough to want to know more about what made her creativity tick, and the Pankhearst and Cahoodaloodaling editor did not fail to impress. Enjoy this insightful and fun interview below with one of our favorite new editions to the hobo camp.

1.What is the best thing you’ve read so far in 2016, be it poetry, fiction, nonfiction, or something else?

This kind of question makes someone as indecisive as myself twitch a bit. Since I can’t possibly pick a single best I’m gonna go with the most recent best: the wonderfully strange and emotionally-rich poetry collection, Sister Nun, by Shanti Weiland. To borrow from the description on the Negative Capability Press site:

Weiland’s Sister Nun is about a woman who joins a Buddhist convent in response to a broken heart. The manuscript begins with the speaker, who names herself “Sister Nun,” escaping over the wall of the convent even though she has, in no way, been held captive. During the rest of the manuscript (and the rest of her life, which spans over 215 years, not including her casual second-coming) she explores her identity, sexuality, and the path to enlightenment by wrestling alligators, vacationing in hell, and traveling through time and space.

2.What was your last “writing revelation,” a process or idea that made your writing easier, bolder, fresher, and/or more productive?

Stop worrying about reaction. There are a lot of things I avoided writing about for a long time because of the dread attached to the subjects – but honestly, it’s as Anne Lamott says, “You own everything that happened to you. Tell your stories. If people wanted you to write warmly about them, they should have behaved better.”

And really, reaction is the point of it all. You don’t stir thoughts or urge change if you’re concerned with how people will respond. People ought to respond.

3.What place (city/town/region/room/middle of nowhere) has been an inspiration on your writing, and why?

It’s hard to point to a single area, so I’ll say . It’s a place of variance and consistency – the mixture of each creating a love/hate relationship for me with my home. I grew up and remain in a small town and am grateful for a quiet Southern upbringing, but with travel to other areas it’s made me frustrated with the way free thinking is often bullied around here. I escape to the Shoals area frequently, from where these poems came, and see that area and the general perspectives held there to be what the rest of the state should strive for. Rounding back to the question: my writing has to do with home and how I teeter-totter between the appreciation of tradition and the aspiration for progression.

4.What new project are you working on, and what’s the driving force/inspiration behind it?

Mostly I’ve been in the Editor seat lately and have had little time for my own projects, but I’m attempting to put together my first poetry collection – which is beginning to take shape finally. The inspiration is mostly an attempt to speak up, I suppose. My work used to be more reflective of personal things or small moments, but with society coaxing such harsh reactions from individuals in regard to social issues, it’s tilted my aim toward wanting to represent the South how I view it rather than allowing the loud and ignorant to negate the goodness here.

5.You’re on the road, walking and hopping trains cross country with three other artists, of any era and medium, of any level of fame, success, or anonymity. Who do you choose, and why?

Rachel Nix is a native of Northwest Alabama, where pine trees outnumber people and she likes it. She is the Poetry Editor at cahoodaloodaling and Associate Editor at Pankhearst; her work has recently appeared in Rust + Moth, Picaroon Poetry, and Words Dance.